written about it here, here, and here.) And when teaching about being a Coach, one of our most favourite concepts is that of “Kindness & Curiosity”. We consistently get feedback from our students that this way of coaching is transformative for them.

I remember learning about it from my Mum when I was a little kid. We were driving behind someone who was exceedingly slow, and she said “well, maybe her passenger has a pot of hot soup on her lap, and they’re taking it to someone who’s sick.” Another time, we were cut off by someone who was speeding and weaving, and she said “maybe his wife’s having a baby and he’s trying to get to the hospital”.

I know. Kind of far-fetched, but it could be true. And although it doesn’t make it right, it does give you some context and make you think.

The next time I was introduced to this phrase was by an executive coach. I was talking to her about a difficult situation I was facing in the office – a fellow Director had shouted at me in a public place about something she believed one of my employees had done. I was taken aback and reacted quite defensively. My coach said to me, “Ruth, what kind of day, or week, or life must this woman be dealing with that makes her act like this?” And then she said the phrase I have never forgotten:

Kindness and curiosity leave no room for anger and resentment.

Oddly enough, the same situation presented itself again only a week later. With the same person. Instead of reacting, I looked at her and said in an even tone, “how can I help you with this?”

It was like I poured a bucket of water on her. She stopped, looked flustered, and completely changed her tone. She was still angry, but she was able to be conversational. (I later found out she was facing serious personal problems. It wasn’t my job to coach her on her behaviour, but it was my responsibility to respond professionally. Being kind and curious allowed me to do that. Oh, and believe it or not, we are now friends.)

How to Make It Work in Coaching

Ok, so you get it. But maybe you’re thinking, how is this any different than “do unto others” – you know, being nice to people is important, and when we coach people we should be nice. 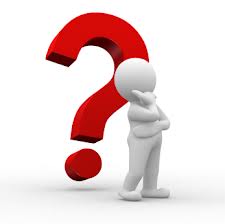 It’s a little different. The Golden Rule says we should treat others the way we would want to be treated. In coaching this applies because we should treat each other with respect, dignity and fairness.

On the other hand, the principle of Kindness and Curiosity applies specifically to a person’s natural tendency to make assumptions and jump to conclusions which may frame our approach and our words. It allows us to step back and stop from taking things personally, which allows us to “take the high road” and hopefully direct the conversation in a constructive manner.

So the next time you have to coach an employee in a difficult or confrontational situation, be kind and curious. It will keep you from getting angry and resentful, and your coaching session will be much more productive and effective.

I’d love to know if you give it a shot – let me know how it goes!

PS – watch for our public course on coaching, soon to be scheduled. Hopefully this spring!