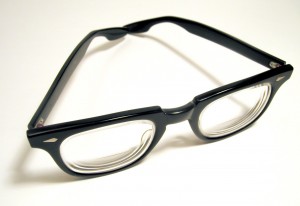 Wikipedia says of the word “geek”: Although often considered as a pejorative, the term is also used self-referentially without malice or as a source of pride. Its meaning has evolved to connote “someone who is interested in a subject (usually intellectual or complex) for its own sake.”

I do not use the word “geek” pejoratively. No, I use it with fondness to describe those of us who have an aptitude for any subject that goes beyond the average person. You could be an astronomy geek, a food geek, a botany or gardening geek, a Shakespeare geek, a 70’s geek… anything!

In our line of work Nicole and I run into many geeks of all kinds (you know who you are). Naturally we are drawn to those who are process-minded as we are, and we’ve come to realize the following truth: there are many people who have an inner process geek and don’t even know it. (Click to Tweet)

We love to see that side of people and let them know how awesome it is and how they can make it work for them. Wondering if you’re a process geek too? Wonder no more!

You Are a Bit of a Process Geek if:

It’s not such a bad thing. Embrace the process geek in you and tell us about it! We’d love to help you make it work for you.

« The Ultimate Cheat Sheet on Effective Teleconferences
New Course! – The Process of Coaching »