If you’ve been following our blogs for a while, you know that Nicole and I are self-professed process geeks, and we see the opportunity for process improvement everywhere we go. 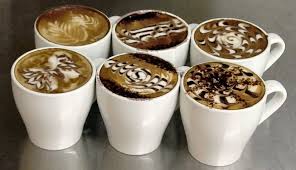 You might even know that we are both huge Starbucks fans, even though Nicole (a former barista) is beyond annoyed that Starbucks has switched from batch processing beverages to individual beverage processing. To her (and me, although less passionately), this flies in the face of customer service, speed and efficiency, and it drives her bananas.

Allow me to explain.

Batch processing occurs when a number of tasks are grouped together and processed as one large batch. This is often very efficient for the person completing the tasks, and can save a lot of time. Think about if you were making a dozen sandwiches for a picnic. It’s doubtful you would make one sandwich at a time, adding it to the picnic basket. Instead, you would probably lay out a 12 slices of bread, butter each of them, then add whatever fillings were going in them, then put the second slice of bread on, then cut them in half, wrap them up and then put them all in the basket.

A business example might be something like having a stack of expense claims to process. The processor might do one at a time, entering data in a system, generating a cheque, and getting approval in one big file. More likely, the processor would do all the entries, then generate all the cheques, and then bunch them all together for approval. Each of these things might even be done by different individuals.

So why did Starbucks change their process? It’s only speculation, but I believe it allows the customer to feel more “special,” because they have a beverage that was carefully handcrafted. There may be other reasons as well, of course.

In our humble opinion, however, Starbucks has ignored one key thing. Batch processing in a high volume process is FASTER. As a customer, I could care less if it was the only Grande Decaf Sugar-free Soy Vanilla Latte (yes, that’s my current drink of choice) made especially for me. I just want it fast, and when I see the barista heat up the soy milk pot several different times, one drink after another, I want to hop over and help speed things up.

So as a rule, we love the batch processing thing.

That’s right. Just to keep you on your toes, there is a caveat here.

If your process is not high volume, then batch processing is BAD and hurts your customer. Think about it. In the example with expense claims, if you only get a couple of expense claims a week, but want to wait until you have at least 10 to process all at once (batch processing), then the tenth person is a happy employee because their claim was processed super fast. The first one to hand in his expense claim, however, has to wait for potentially several weeks to get reimbursed.

We worked with a client some time ago that processed tax credits for a number of customers in the entertainment industry. Their standard process was to collect tax credit applications until there was literally a pile of them to process, perform the first process step on them, pass them off to the next person, and so on until they were complete. Interestingly, a large percentage of the applications never made it out of the first step because they were inaccurate or incomplete.

So not only was the client waiting for weeks for the application to be processed, but they often waited that long just to be told to start over and fix an error! Imagine how frustrating that would be.

The moral of the story is – high volume transactional processes often benefit from batch processing. Low volume, not so much, especially from the customer’s point of view. Click to Tweet

Next time you’re gathered around the barista’s counter waiting for your drink with a dozen other people, watch the process and think of us!

What processes can you think of that involve batch processing? Tell us in the comments below, or Tweet us @whiteboardcons.