It happens so suddenly.  Things seem to be chugging along and one afternoon you come to the drastic realization: “I want to quit my job”.   It may have been percolating for some time. Anger and resentment like to age like a fine wine (mmm wine. Is it Friday yet?).   Maybe something specific has triggered your sudden need for change. Perhaps you’ve had a sudden leadership shuffle or organizational realignment that just turned your work-life upside down. Either way, something has to change and you’re going with the all -or-nothing approach. You want to quit your job.

Okay, sit back and breathe.  This has happened to all of us.  The following 3 steps ensure that you are making the right move, and if the move is real – how to make sure you are prime interview material.

3 Steps to Take Before You Quit Your Job

First things first.  Let’s do some root cause analysis.  Some questions to ask yourself:

*Note: This line of questioning will hopefully have you saying things like “Well, I just assume s/he dislikes me because x,y,z, but I don’t know this for a fact.”

Now, finding a job can take a while.  So maybe there are some opportunities in that big list above to make some course corrections.  Make things better.  Maybe they get so great you don’t need to leave, or maybe they just become more tolerable while you are on the hunt for that new dream job.

Now do the things.   Make the changes.  Use your influence, tools, resources, and people to help you get what you need. Make the best of the situation.  Now is a great time to “SHINE”.  This will serve a couple of purposes: work will be more bearable, you will have overall better days that make you happier, you will be more confident, and you’ll have people who are willing to give great references. You may love it so much, you decide to stay.

Have you had the sudden urge to leave? Did you act on it? Did you use some of these steps? How did it turn out? What would you have done differently? We’d love to hear about it in the comments below or on Twitter @whiteboardcons #iquit. 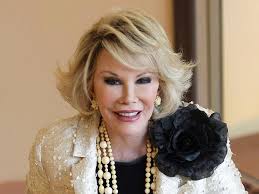